Before launching into what I’ve been doing fitness-wise, do just want to note that all-in-all, I’ve been really, really lucky with my pregnancy so far—I’ve been able to be quite committed and dedicated to prenatal fitness because I haven’t had any major complications or issues that would limit me with my fitness and general activity levels and that’s been pure luck of the draw. Just wanted to say that from the get-go because this last week alone, I actually had a couple weird symptoms pop up (an ocular migraine, ongoing oblique pain I had to monitor, etc) and it meant I had to bench my usual workout routine for a couple days each time something would come up to let my body rest. I hadn’t had that experience yet and while obviously my top priority is just doing whatever I need to for the baby, there was this knee-jerk (but illogical) wave of disappointment in myself for missing a workout or being “lazy,” which as I said, is not a logical reaction at all, just a pure knee-jerk one! Clearly exactly what you need and should be doing if your body is giving clear signs that it needs it, but I’d wager a guess I’m not alone in maybe being a bit hard on myself (even in pregnancy) about keeping up with my usual routine because it’s something that’s ingrained in so many of us, particularly if you’re used to doing x y z so many times a week for years and years. Just wanted to get that little spiel out of the way that this is just what’s worked for me having had a largely easygoing and incident-free pregnancy so far, not a general directive of what anyone should be doing.

With that out of the way, I’ve gotta say (again) that while I’m proud of myself for being really committed and getting that movement in, I’ve been very lucky too that my body seems to like everything and respond to all my usual movement well. This is very similar to what I’ve been doing pre-pregnancy, but wanted to outline a few of my changes below! Also, just want to call out that all the activewear here is from Joe Fresh’s latest activewear line. Fits so amazingly, just sized up for the time being and it feels super supportive!

I’ve been biking to commute like I do most summers pretty much everywhere, on my gorgeous Lochside 5-speed bike I’ve named Keanu (you can see more of it here). I love biking—it’s an all-in-one workout in the sense that it basically utilizes your whole body (I actually always notice at the end of the summer that in addition to my legs feeling strong, my core always feels stronger from the constant balancing and core correction that biking requires), but it’s also all-in-one in that you’re not only getting a great workout in, but getting yourself from Point A to Point B usually about as fast as a car (at least in Vancouver, with our awful traffic but amazing bike lanes), you’re getting some built-in meditation (there’s nothing I find as soothing as biking, other than floating in the ocean [more on that in a second]) and you’re saving the environment!

The only thing I’ve been switching up is while I have a real need for speed (even pre-pregnancy, Matt would freak out at me about the way I’d take hills—just love that flying feeling and always gotta grip it and rip it as my idol Hansel [from Zoolander] would say), I’m obviously taking things really slow and being very cautious, vigilant and careful to make sure I don’t get swiped, that peds don’t step out on me, etc. All in all, just taking things way more slowly and cautiously. If I’m having a bit of a day and feeling run down, I just listen to my body and hop off for any intense uphills. So far, belly hasn’t gotten in the way so just hoping I can keep it up through my third trimester because it’s such a nice, low-impact way to move!

I’m so grateful Kitsilano Pool is open again, and it actually feels nicer than ever to visit because they’ve really limited occupancy so that it’s actually quieter and more open than ever before! I usually combine two of my fave ways to move (biking + swimming) by cruising over on my bike and then just doing some laps before floating around and just letting my body enjoy the weightlessness of floating in the pool. My belly seems quite buoyant so can really just float and chill out more than ever before! It’s been so good for my body.

As you’ve likely seen on my stories, I’m also at the beaches a ton. Same thing, just float around and do a bit of a swim, and usually getting there involves a bike ride too so combining two low-impact ways of moving in a way that makes me really happy during the summer! I haven’t really changed anything here, just try to listen to my body as baby is really crowding my lungs and so stretch out my breaths between strokes (reminds me of when we were kids just starting swim club and would just chill out on our sides during freestyle to breathe more).

My goal every day is to get in 10K steps—that way, if I don’t manage anything else (especially since I’m an afternoon exerciser, so don’t usually get it out of the way in the AM unfortunately), I know I’ll still have gotten in some good movement! We’ve been doing it since the get-go, particularly because around 10 weeks during a virtual check-in, my physio Dara at Myodetox very wisely recommended I try to keep up with walking every day because it may be the one thing I’ll be able to do easily throughout my pregnancy, so good for my body to be used to it.

One thing is just literally since Saturday, I’ve had this funny little stabbing pain in my right oblique just near my bellybutton (the one I mentioned before that I’ve had to monitor, think it honestly just happened from jerking myself out of bed in the middle of the night, pulling my oblique a bit) that seems to be exacerbated by walking specifically, not other movement or activity. So weird but I just have been trying to break up my walks into smaller ones for the last few days (because it first happened on a big long walk when I was 45 minutes away from home, which was scary) to get somewhere near that steps goal, but just monitoring it to be extra careful. Seems to have gone away the last day or so but definitely just want to err on the side of caution until it feels gone for good!

I’ve been doing most of my usual workouts that my trainer had set up for me pre-pregnancy (I’d been seeing her for a couple years before I became pregnant), but have omitted anything core-oriented or compressive other than modified side planks, bird-dog and dead bug. Those all feel safe and don’t feel like they’re straining my core at all.

Other than skipping out on some core work (particularly because most of my full-body exercises already challenge core as it is), the main thing I’ve changed is just slowing down a lot and reducing intensity or modifying a bit. I stopped doing Bulgarian split squats for instance recently and just swapped in glider reverse lunges that I can do in a really controlled, slow way, and that are a bit safer from a balance perspective. Push-ups are on my knees now, I’ve swapped a lot of my weights for resistance bands (both because of COVID limitations [i.e. not going into the gym & having access to heavier weights] & because I find they’re so efficient and a bit easier on my already-weighted body), etc. You can get such an amazing workout in with modifications still—I mentioned this to Matt too the other day, but like…everything I’m doing is weighted right now too! How much I don’t know because I don’t know how much weight I’ve put on, but whatever it is, I’m carrying it pretty much all like a weight plate basically right in front of my stomach, so no wonder push-ups etc feel harder!

Wanted to give Nikki’s program its own shout-out because from just squeezing in a mini workout using one of her IGTV’s or as part of her Bump Method series that I’ve joined (done over Zoom, or you just follow along with the workouts via recordings afterwards), I feel like I’ve learned so much about pelvic floor function, about minimizing diastatis recti (because I think pretty much everyone gets it, just minimizing the extent of it), about breath work, about supportive muscles to strengthen for labour, etc. Seriously such a wealth of information for any mama-to-be, and even if you’re not expecting yet or don’t have plans of it, all the workouts are so killer and we should all be working on this kind of breath work and core engagement as it is to protect our organs, our spine, etc.

I’ve incorporated so much of what I’ve learned from her into my own workouts or just throughout the day (bebe and I both love the “hug the baby” core engagement technique, he always starts kicking when I do it which is usually in the AM and PM no matter what else I’ve done for workouts that day).

Noticeably absent is prenatal yoga, I’m the worst with stretching and with yoga in general so really trying to carve out more time to do that throughout my third trimester which is starting tomorrow, ahhhh! I’ve always been much more keen to get in a run, get a good weight training session in, etc than to slow down and stretch it all out, which is silly because you really need both! So kicking myself a bit for having been so bad about it up to this point, but even just via some YouTube videos or something along those lines, hoping to at the very least do a good 30 minutes once a week and just stretch more regularly! What are your favourite ways to move?

All the photos from this post were edited with the Sunset Preset from The TVOB Presets Classic Collection. 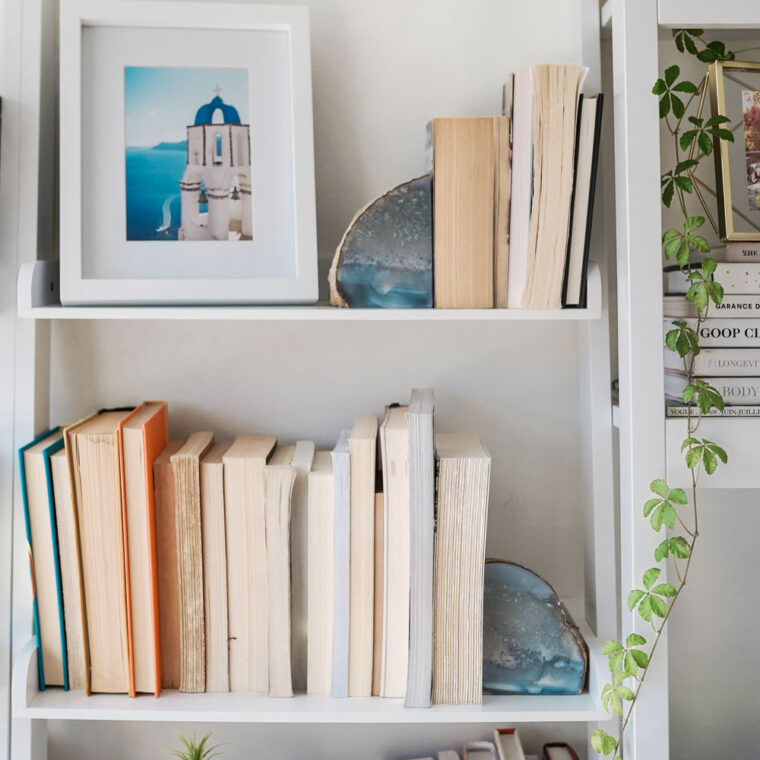 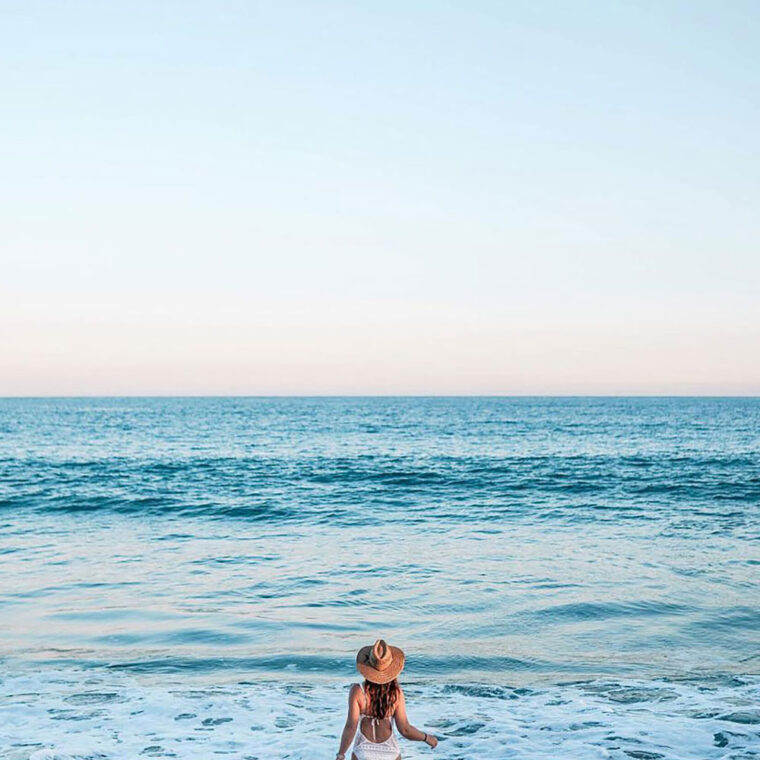 Announcing the New To Vogue or Bust 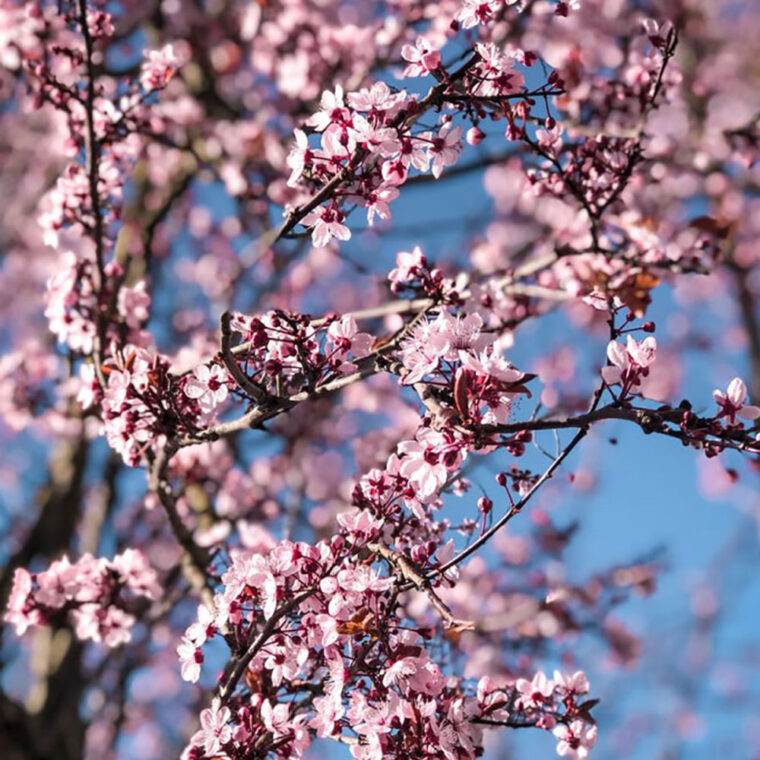 So much to celebrate 🎉 We’re so excited to me

Moraine Lake 🏔 One of those places you truly ha